REXX had catalysts last week and oil in the Chinese market went high again on Monday. Australian market major indices were up mostly, so this looked to be primed for a bullish early morning if the US followed suit. REXX has had runs of 3-5 days and based on past performance, it could do another 30 cent day. Oil supply is diminishing, so anticipate uptrends based on analysts reports over the weekend.

WRES had gone up as it is another energy stock, but it is cheap and in trouble.  If it follows the market like it has in the past, take some early profits and get out.

I want 5 cents up side on WRES and 20 cents upside on REXX.

Otherwise, do not hold WRES, and still hold REXX for longer term.

Could be a $500 day if it goes great.  Otherwise, watch premarket and then cancel orders if it looks bad.

How the morning actually went:

Premarket indicated uptrends, so I continued modifying my buy orders until they matched with majority of pre market buyers that were on the lower side.  If they did not get executed, then no chasing for me. 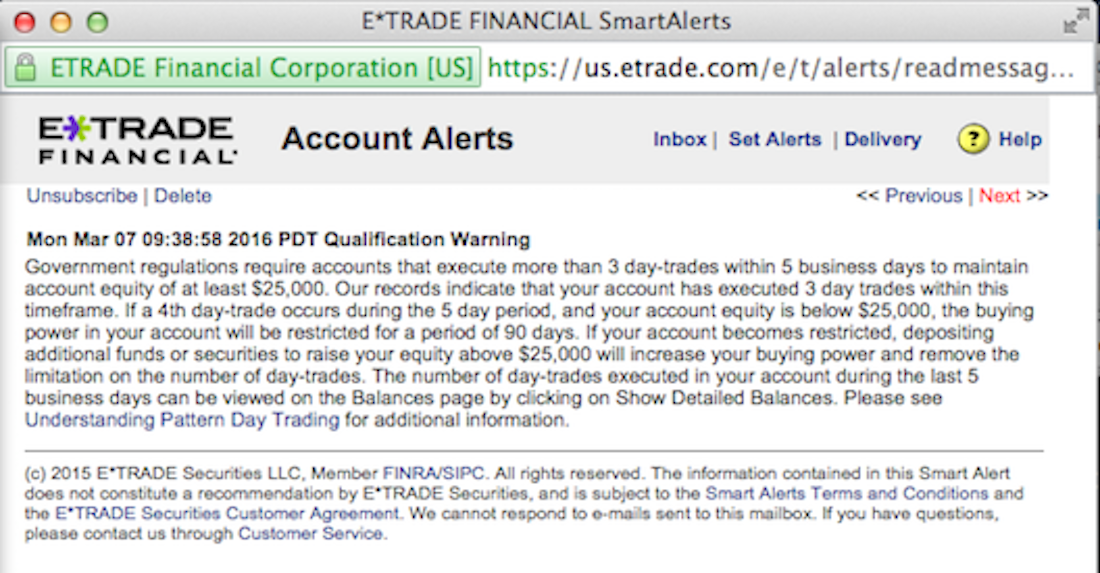 Why don't you use SureTrader?

I'm trying them out. Hopefully it'll be alright for buildin up my account.

I got scared off by SureTrader's website with all the stuff about not serving US citizens, and also didn't necessarily want to deal with having funds in accounts outside of the US. Also, not everybody has the luxury of opening multiple accounts. I think it's good to have some time to reflect on what has worked and what has not, so the PDT rule does not bother me that much. My hope is that any posts I make can help others.