$LKNCY - One of my better trades on the year so far but mistimed it. I bought into the afternoon on 1/12/21 when it was holding sideways, over VWAP, and right under that key $9 breakout level. Coming off prior losses, I was too worried holding it o/n and don't regret selling it because it had fading action after a huge seller at $8.95 couldn't be cleared. What I failed to do was have this as my top watch the next morning for that $9 break. This is a former runner that has lots of shorts and the previous spike about a month ago spiked big. The way this stock held up for weeks after that run meant that lots of shorts were most likely getting uneasy and people were buying dips for that $9 break. I was just one day early and unsure about getting stuck in another morning panic on an OTC. The next morning it breaks $9 and if I had some I would have sold into the mid $9s but good lesson to see that this continued to slowly grind higher all day. It didn't even touch VWAP once that next day and consolidated for a morning push with sideways action from 11pm into the close. Strong action again for an OTC which lead into another gap up from $10 to $10.60s the following day. These are the strong OTC plays I need to watch for that have that breakout and hold on pull backs or wait for the afternoon consolidation into the close where it can gap up. Comparing this to my $ALYI trade from last week, $LKNCY consolidated for weeks before breaking $9 and had strength right from the open and never pulled back. It also was not up for four days prior without no consolidation.

$BANT - OTC breakout over previous highs of $.0096. Gapped up and spiked to $.0112 at the open. I waited for the dip and bought after the bounce pulled back and was trying to hold over $.0096 b/o. I think the entrance was fine but where I failed is cutting it for my stop loss. I risked the breakout level and it fell through quick and instead of just getting out, I tried to wait for a bounce. Held into more downside which then clouded my judgement. Right when that breakout fails, I need to get out. A good OTC stock will just keep running on dips cuz people want in badly. I should have also recognized that this has history of a big green day followed by a huge red day losing all of its gains. Cuz I had no clear trade plan for this the previous day or in the morning, I bought thinking I would miss the play and instead paid for it.

Improvements for next week:

1. Look for OTC stocks that have strong charts. No up/down in two days.

2. For morning trades, find those that spike and keep those on radar. Don't buy them right away but instead watch for that high to be put in and wait for a mini ABCD to form and look for the b/o over that high. I have noticed many OTCs that set a high and test it again and continue higher. Those are usually the stocks that last into the afternoon and potentially next day. Ex. VDRM (pic attached).

3. Stick to the stop loss! Going into week 3, I might be pulling back and just trying to identify the OTC runners and practice focusing on them without trading. I want to try and use this knowledge to see how it works then do small trades. 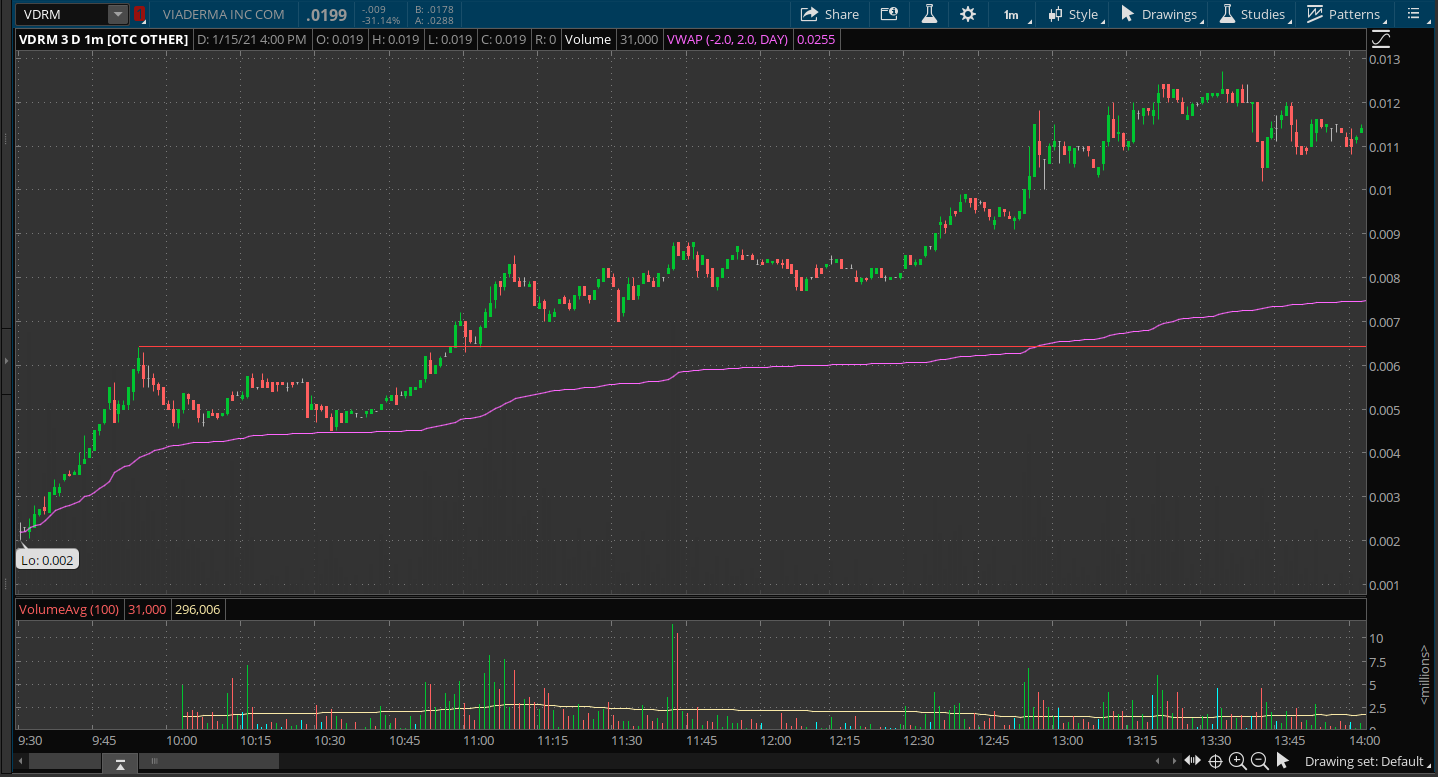 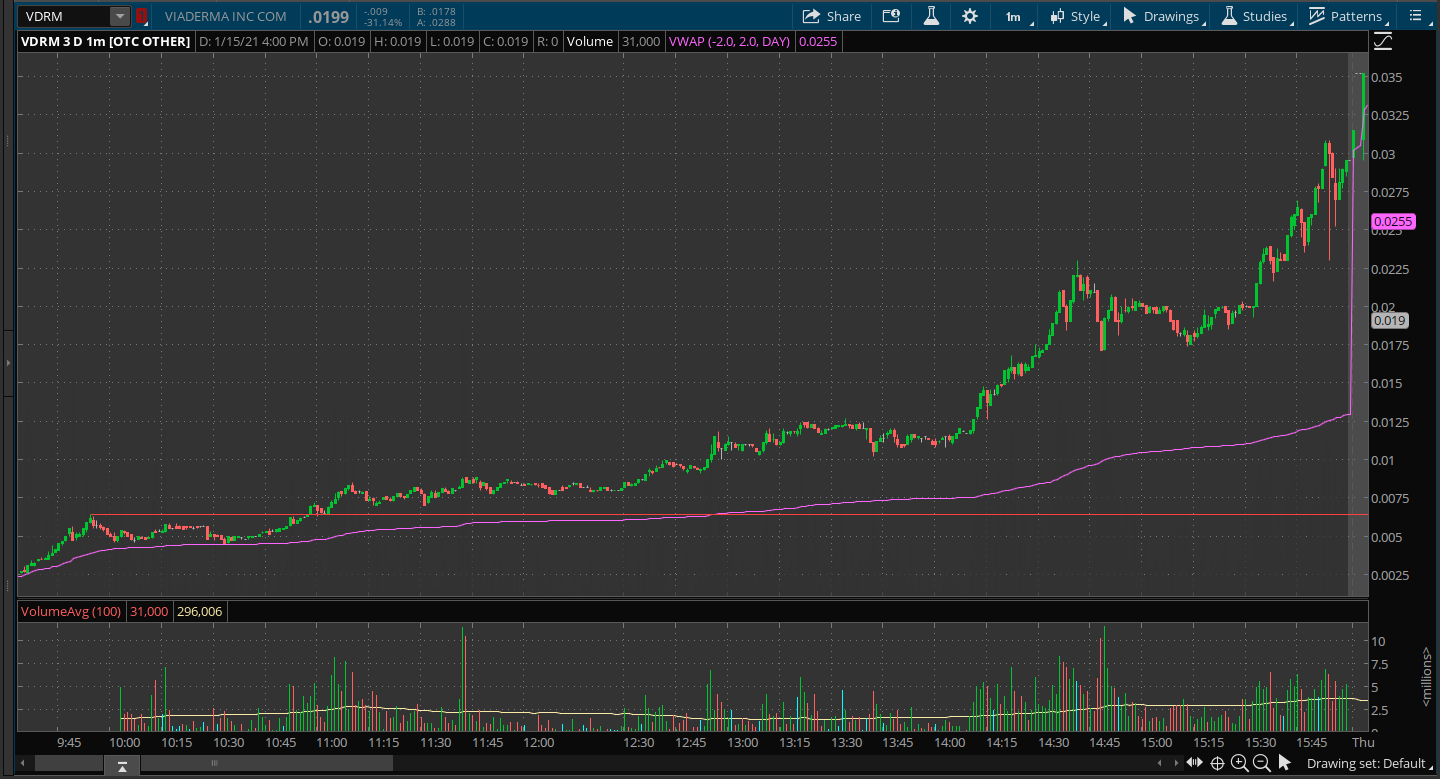