When I'm trying to determine if I should go short or long on the second day after a big run up, Im looking if it can hold over key support or if it can stay under key resistance levels. Like Tim says you want to short the first red day so if its failing to stay green you want to make sure you are not long. There is exceptions like when you are buying huge panics of course. Or dip buying a stock with a very good catalyst. It can be red on the day but it still needs to hold key support levels, for example multi month support, multi week support, or even support from the day before. it is the opposite when trying to go short, if its holding under key resistance levels then you know there is a lot of selling pressure and if there is faded volume then it will have trouble getting over those levels.

I want to show an example of a good short opportunity after CBLI's first big green day which was basically all caused by early shorts. Since you know this stock can squeeze shorts you would want to be extra careful. It closed pretty strong then was down pre market. you would not want to go short at the market open in almost any case, also when it is already pretty far from its highs because you know there is quite a bit of upside. you want the best risk/reward possible so wait for a pop on relatively low volume. Which is what happened here. It also closed basically at its high of days so anyone who purchased there is gonna want to break even when it spikes again. They bought thinking it would gap up but when it dropped pre-market people would get worried. They are gonna realize its very overextended and they will want to break even creating a big resistance level. This is what happened as it spiked the next day it hit its closing price right on. 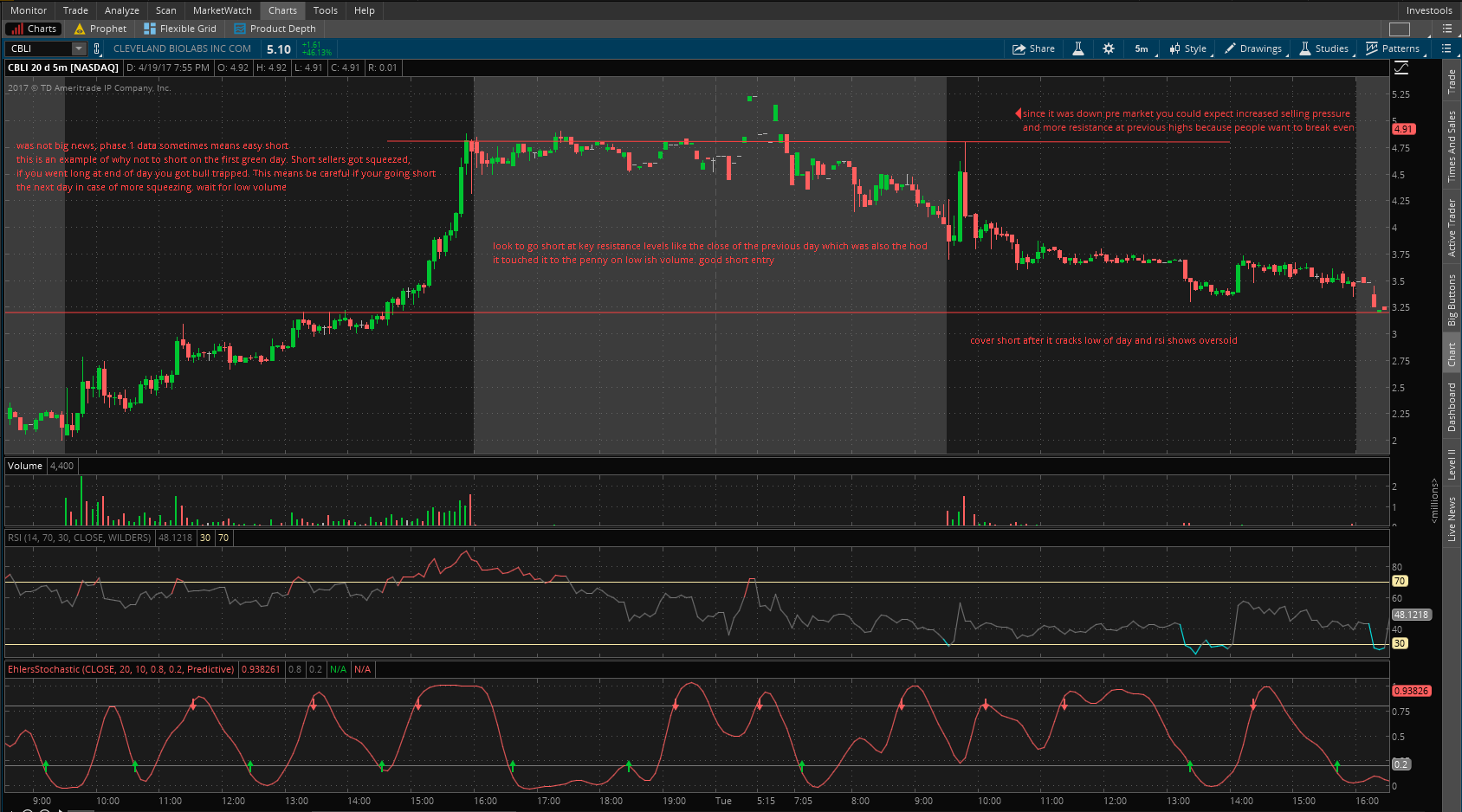 The ethers stochastic you use, is it effective? It looks pretty accurate. What u think?

@BigBobby yeah its pretty accurate on bounce plays, I can post a few examples if you want

I don't like to use indicators that much tho

@aidan222sharpe Please post some examples, that would be awesome. I looked it over myself and it looks pretty effective on momentum indication.