I got greedy on $GBSN

I cant even start to tell you. It was a good feeling getting into the maket knowing today was gonna be a good day.. I was positive that something good was in store.

Didn't get enough of sleep but still woke up at 6am (Im on the west coast in Canada). $GBSN was in my price point even though $DRWI was at play too but at around 7 ish which I was not comfortable with.

Then to add to it .. THought that there was another move up so bought at 5.6 and dang it fell like a bomb.. Went to 5.40.. Loss again. I have never been in that kinda fight or flight. I literally had to take a walk outside and take a breath of fresh air. Took a deep breath and got back in to see what was going on with the stock. It had fallen to 5.2 at which point I had a feeling that shorts were in power now.. and were just squeezing longs. It fell to 4.8s.

Since I am trading CAD and not USD the conversion stings me in the behind even more with the commissions. Every time I think I got this $h!t after about 4 months of on and off. Learning and watching. Waking up early and seeing what I missed cus I didnt have it in me to get into a trade and seen stocks rise. Waking up late and again seeing what I missed.

This was definitely a ride. I don’t know how long I can do this with just taking losses all the time. Have to start making some soon. Else it back to working a job to pay my rent. 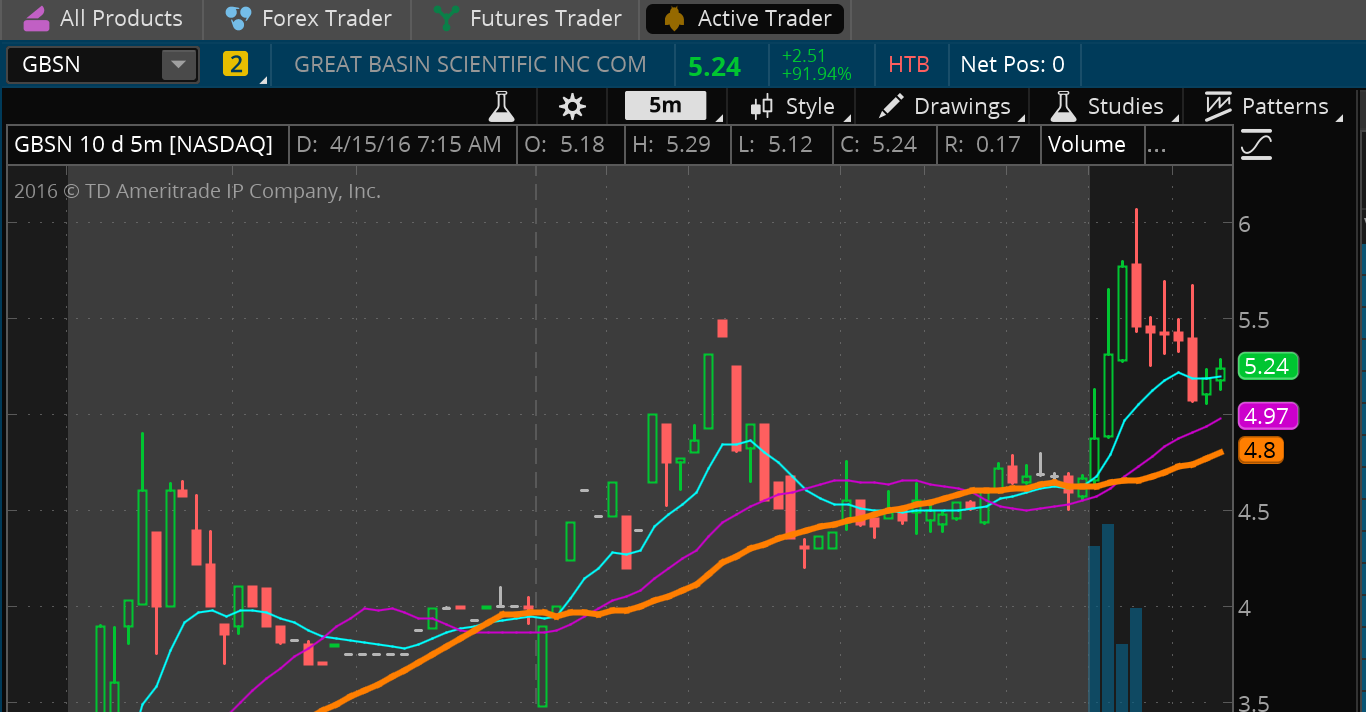 Was hoping that I could make use this as my income. But there is a lot more to learn and the markets wont go easy on you.

So Im off to Seattle for a workshop not trading related but will be back sometime next week. So something better. and more learning.

I know I'm late to this conversation, but one thing that might help is putting in your limit sell order shortly after buying. This may need to be edited if it does not hit your sell point, but it may go past your limit and make you more than you expected in the first place.

I some times use a limit order after buying but only if the stock has gone against me and I'm looking for a quick exit should it go my way. Otherwise, I watch the trade like a hawk and have a limited order and a market order ready to go. Then I choose which one I need at the moment I want to COVER. Hope this helps.

I have to start doing that...