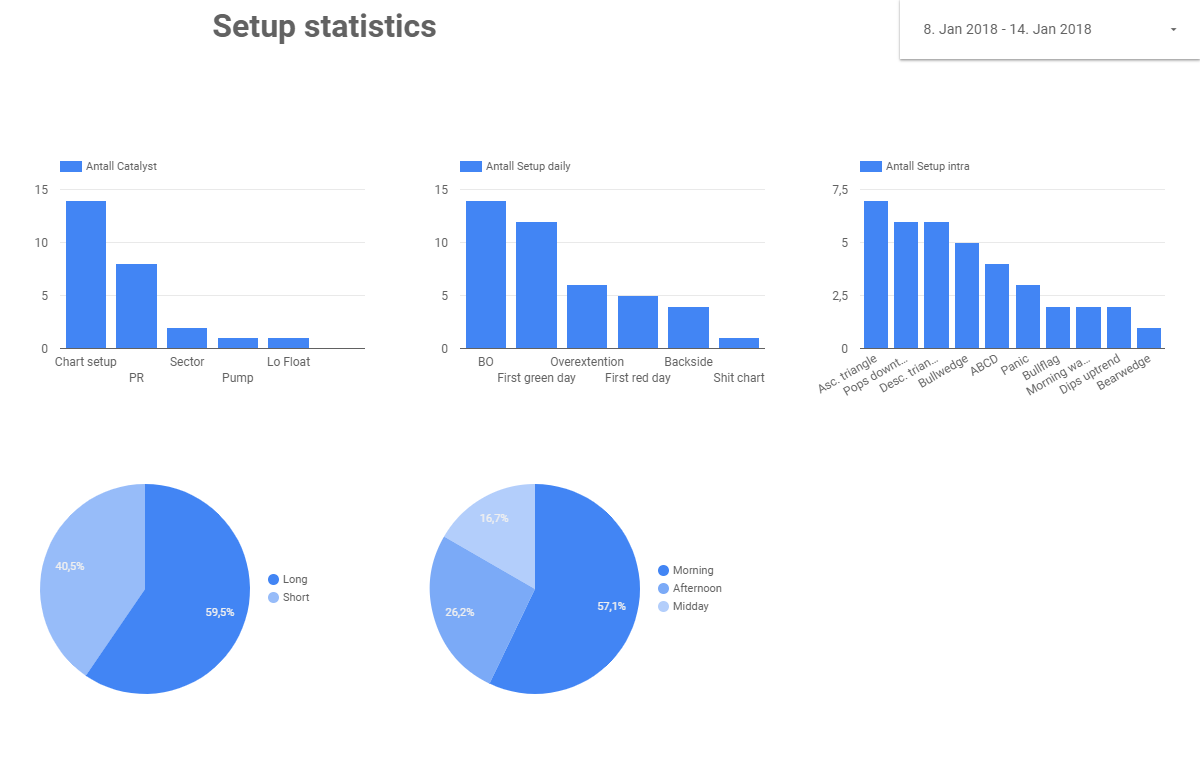 This week I have developed my setup tracking system to easily see what's working and not, based on setups I would like to play. The last week the daily chart setup seems to have been the best catalyst, especially breakouts (channels/52w/triangles) and first green days (after falling alot from their earlier runs). Sector plays has been more silent, but the weed plays put in a nice backside this week, that I failed to take advantage of.

Most identified setups on hot plays where to the long side (60 %), most after a first spike, on gearing type of setups like triangles, wedges and ABCD. So many spikers did have a secondary run. On the short side the best setup were shorting pops in the morning, into resistance from prior days, usually on the first red day or backside of the move, or on the first green day bounce, usually late day. 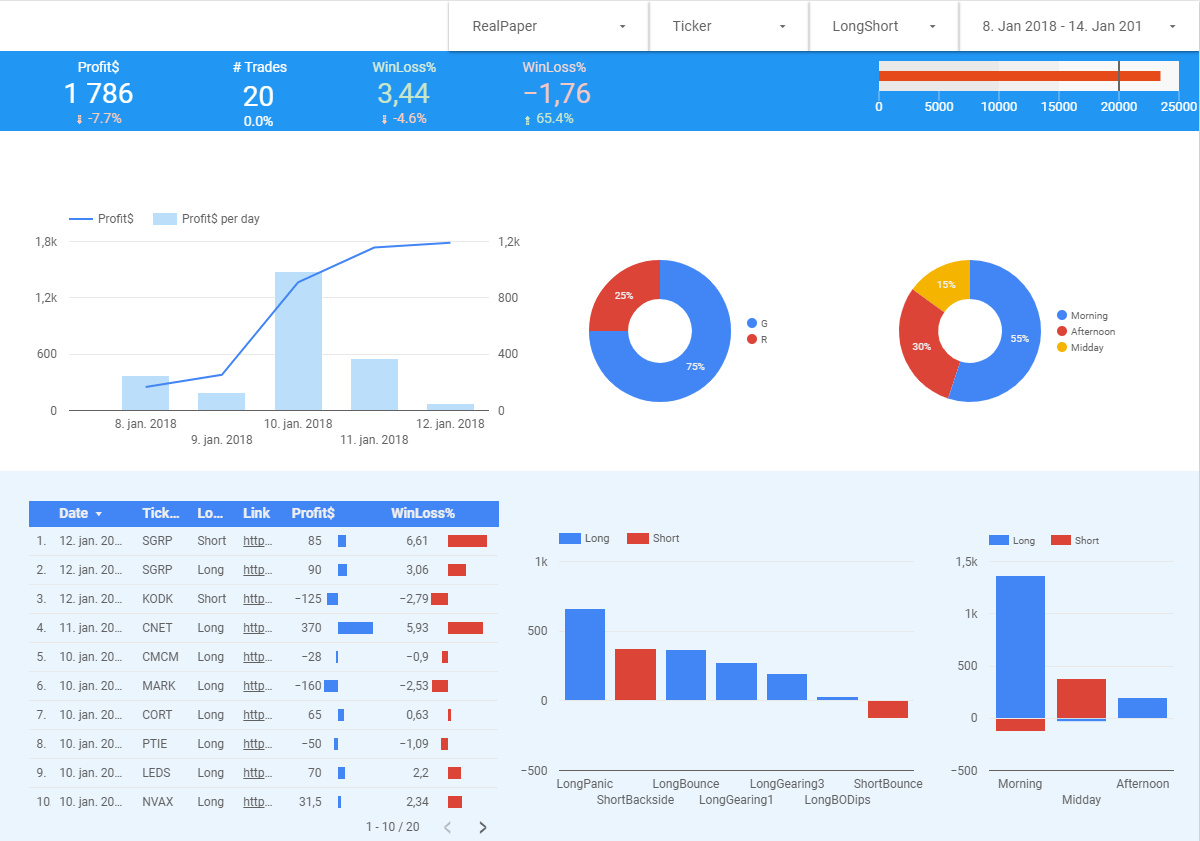 As you see I need to update the setup categories on my trade log to be similar to the setup statistics. I capitalized most on panics, even though I didn't identify many of those setups compared to others.

75 % win rate, cut losses quickly, still need to work on letting winners run, and what types I need to let run. If you have an ABCD type of play that squeezes from a a triangle, then it might be a better scalp than a huge trade, depending on the time of day, the length of consolidation, how far it is from the HOD, and the amount of vol. Overhead. I had some good squeezes I tried to let run, where I probably would be better off taking profits into the pop and wait and see if it would set up again/regain important levels in the chart.

It really helps considering where other people are in a trade to make a sound trade with a good entry, and I have gotten better at that aspect.

Also better at looking at larger time frames, focussing on charts that also look good on the bigger timeframes.

More trades where done in the morning, and the vast amount where made in the morning session. Shorting the backside worked well, as well as going long on earlier spikers bouncing. But again the most profitable tactic was dip buying panics.

Overtraded on wednesday, leading me take unecesarry losses on MARK (forgot about my position), CMCM (an unspiring trade) and PTIE, didn’t wait for an entry signal.

Worst trade: Had an Idea of shorting KODK into a morning spike into resistance at 9.25ish. Got a nice, overextended spike, but had a little FOMO so started short 8.95. It would only be a small starter in case it didn’t break 9, but for some reason I started in full position. Then it broke and went to where I wanted to enter, and my r/r was so bad so I took it off just to be safe. Not a very smart exit, as it was quite overextended, and it dipped back to 8.5 just after. So my bad entry really messed up this idea. It should have been a nice winner, so quite frustrating.

Happy I didn’t lose my head after this trade. I were actually able to get back in the green after two ideas on SGRP, even though they were also mismanaged.

Need also to take advantage of bigger trends, for example the the backside of the weed-stocks this week. I was aware of it, but failed to prepare fully for what plays looked best and set alarms. For some reason I do not get realtime data for OTC’s on my main platform anymore, so need to fix this, because that was one reason I did not capitalize on it. There were great entries in CANN in bounces into support in the morning that I completely missed because I wasn't prepared.

Thanks! Getting better but not there yet.

Cool stuff! Is that a free program?