The short play on $BBGP and why studying pays off even if you don't profit!

First and foremost, if you ever have doubt in Tim's methods, this should be a wake up call as to why your doubts are unfounded.

It is totally normal to be suspicious of everything especially when it comes to using your hard earned money in the market. But if you ever had any doubts in Tim or his teachings, hopefully this will be one more reason to believe than doubt.

$BBGP was a pump and dump that was almost identical to $HADV. It was on my watchlist for at least 2 weeks and I was alerted by a fellow student in chat. After studying the chart from $HADV before its crash, you can compare it closely to the $BBGP chart and you can look at $LRSV doing the same thing coming soon (only it has a larger float size so it may not drop as quickly). This is not rocket science people. The only additional research I did was to check the pump email dummy account I created (again because of Tim's teachings) for the ticker $BBGP and sure enough, I received pump emails from a promoter. It came from www.stackedbid.com but I believe they got my email address from one of the other promoters I signed up with since I don't remember signing up for www.stackedbid.com (although I could be wrong) I was getting them almost daily until 11/22 when I noticed it was the last time I received one. I figured at that point, this stock was floating on the hopes and prayers of its investors and nothing more so I did what Tim teaches and waited for the first red day which was today. And, sure enough, like clock work, it dropped more than 2 dollars a share. I alerted this in chat before the crash so I am really hopeful that some people were able to short it and profit off of it. I did not play the dip/bounce because it's a pump and very scary for me. Although, money could have been made on the dip buy.

I wanted to short this, but couldn't because etrade does not provide shares to short for OTC stocks. So most likely you would have needed Interactive Brokers or Centerpoint Securities to get in on the action.

Still, you can be profitable with knowledge even if you didn't (or in my case couldn't) profit from shorting! This is why it's so so so crucial to study and why I understand why Tim keeps trying to engrave it in our heads to do so.

I wanted to share this not just for you all but for myself so that I can come back and remember it again and again! 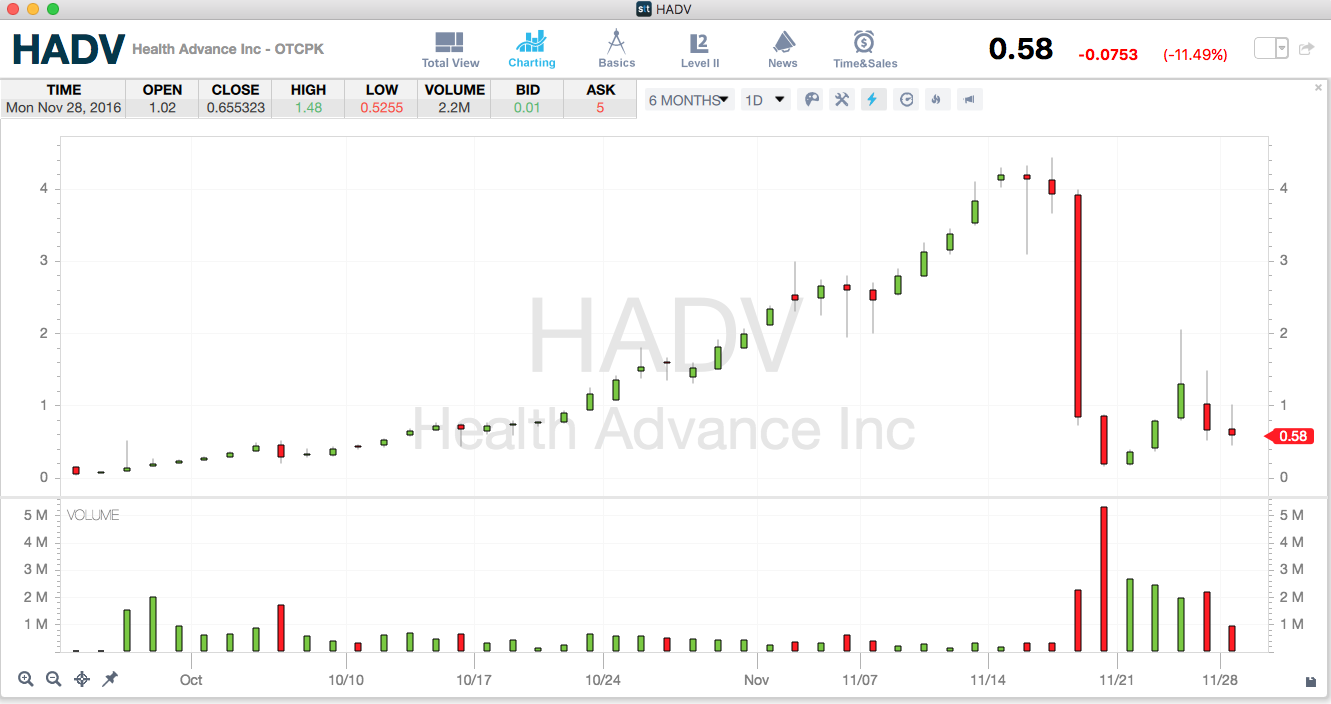 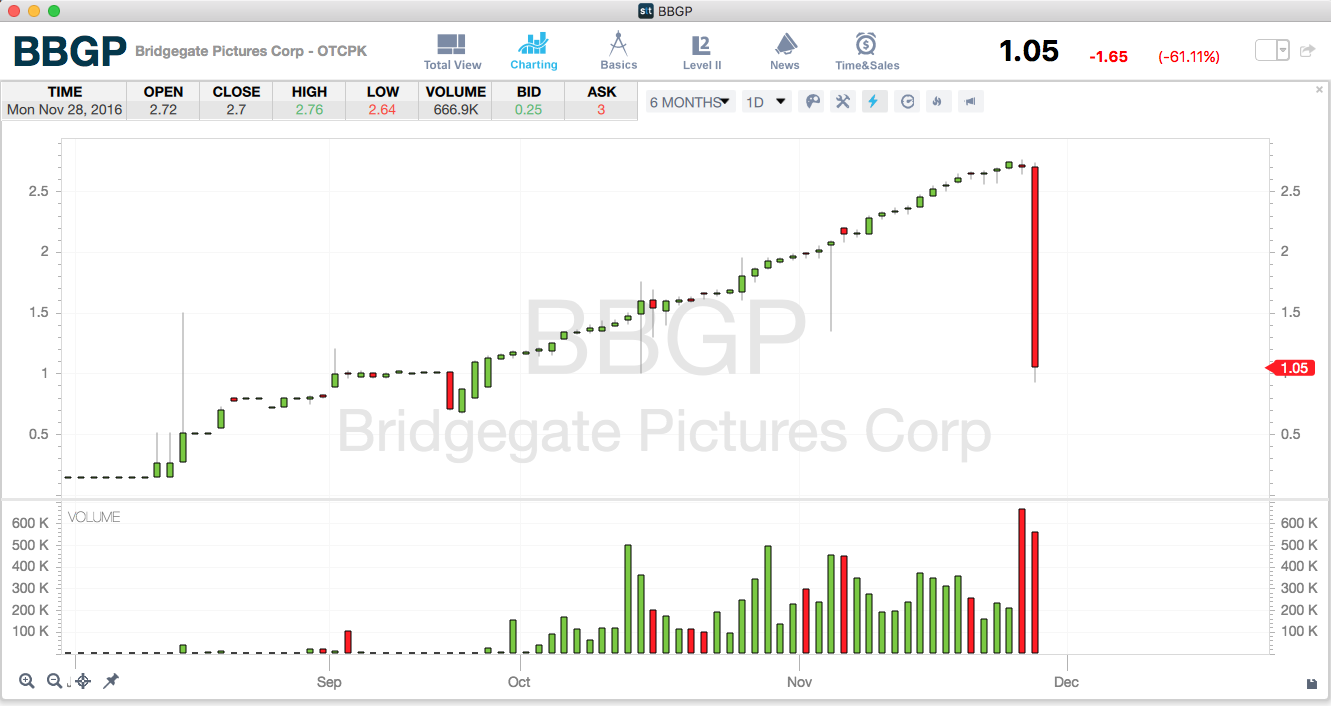 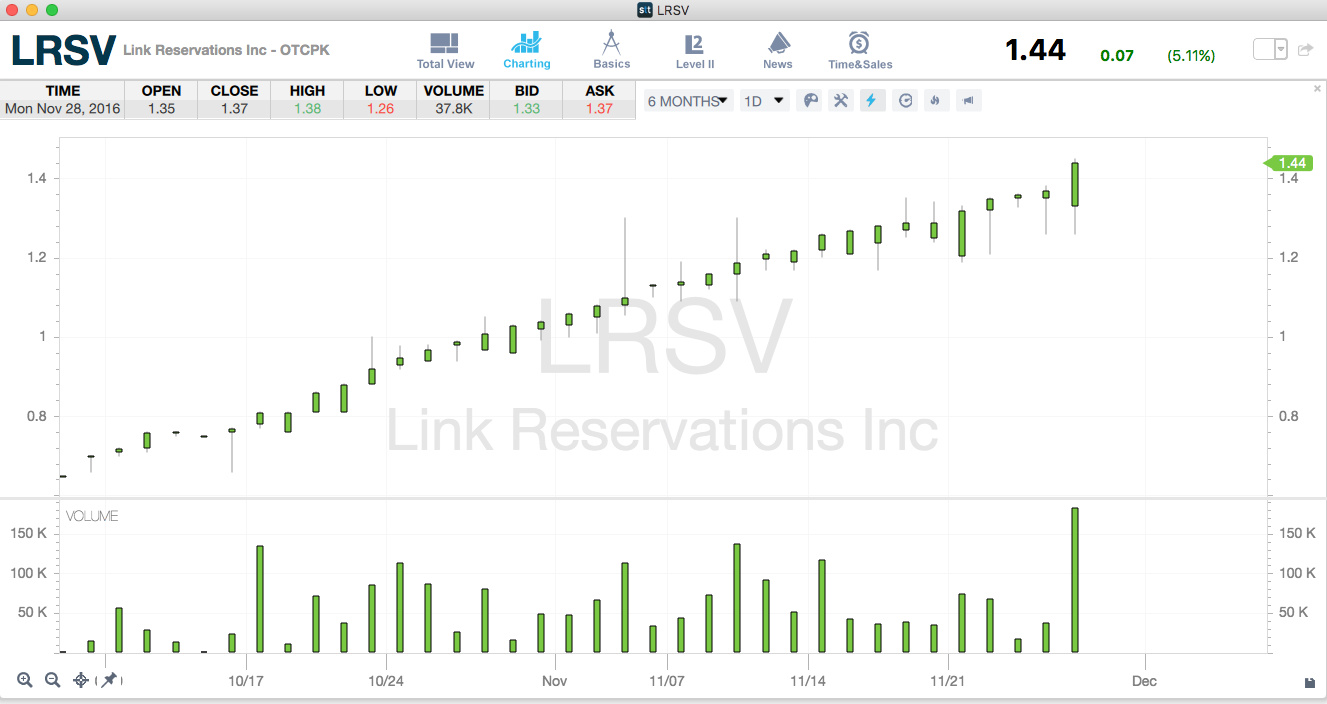 Here are the pump emails I received in my inbox for $BBGP and $LRSV in case anyone wanted to see. Also, notice any other tickers in there that might sound familiar? (*cough* $CATQ) 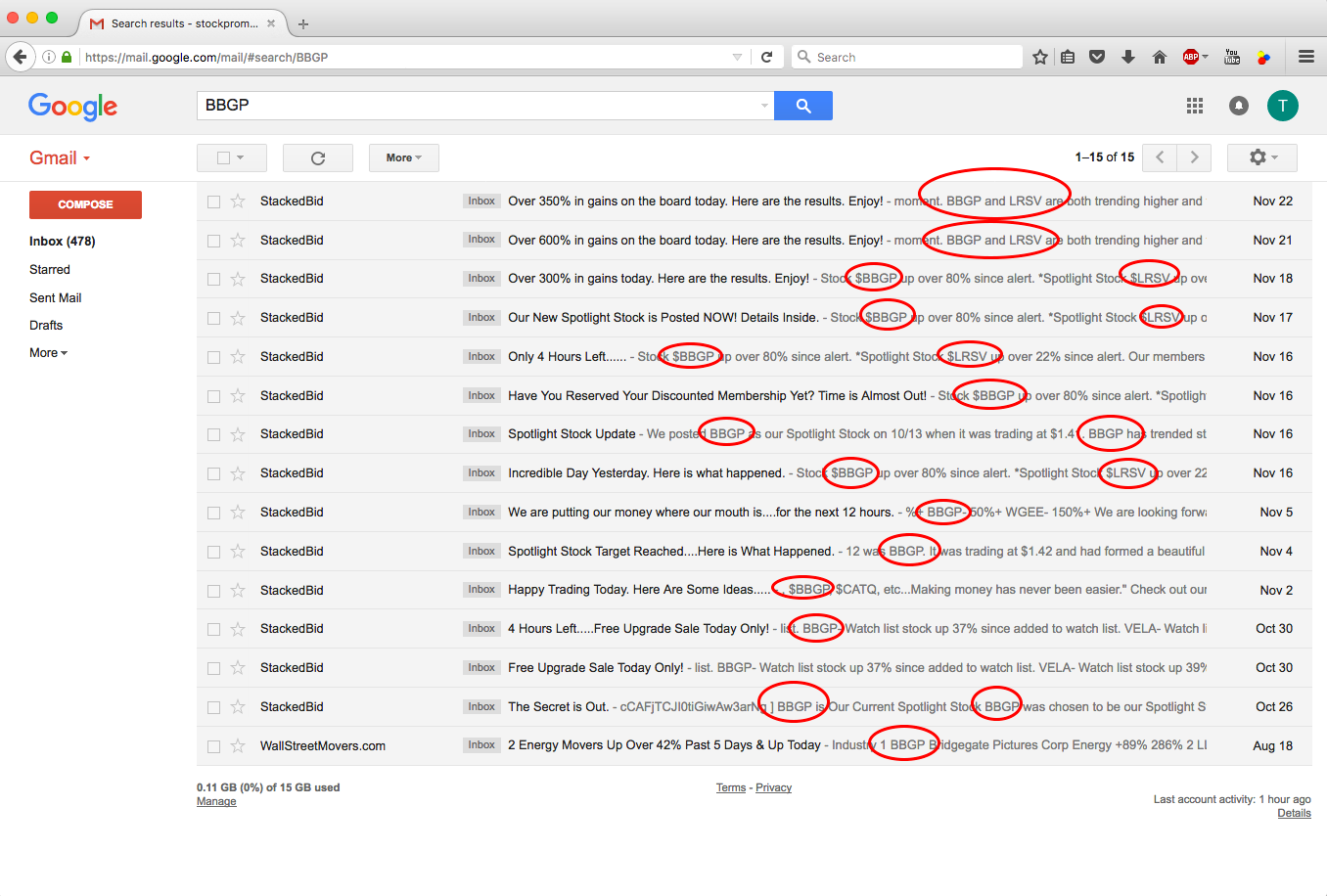 Thanks for sharing, evidence that I need to study a bunch more.

Very thorough with your research. Thanks.