Getting back on track

After my first few red weeks in months I'm back green this week. Just a small total weekly profit of $89 but I'll take that over losing money. I was running at a 100% win rate until Thursday when I tried a morning panic dip buy on $RXMD and had to cut losses when the first bounce failed. But with the return of these huge 100%+ gainers, I have high hopes for the future. I believe I have finally figured out a good way for me to play these high volume, huge gainers. Previously I never felt comfortable buying them as they can collapse even faster than they spike.

Here is my current profit chart: 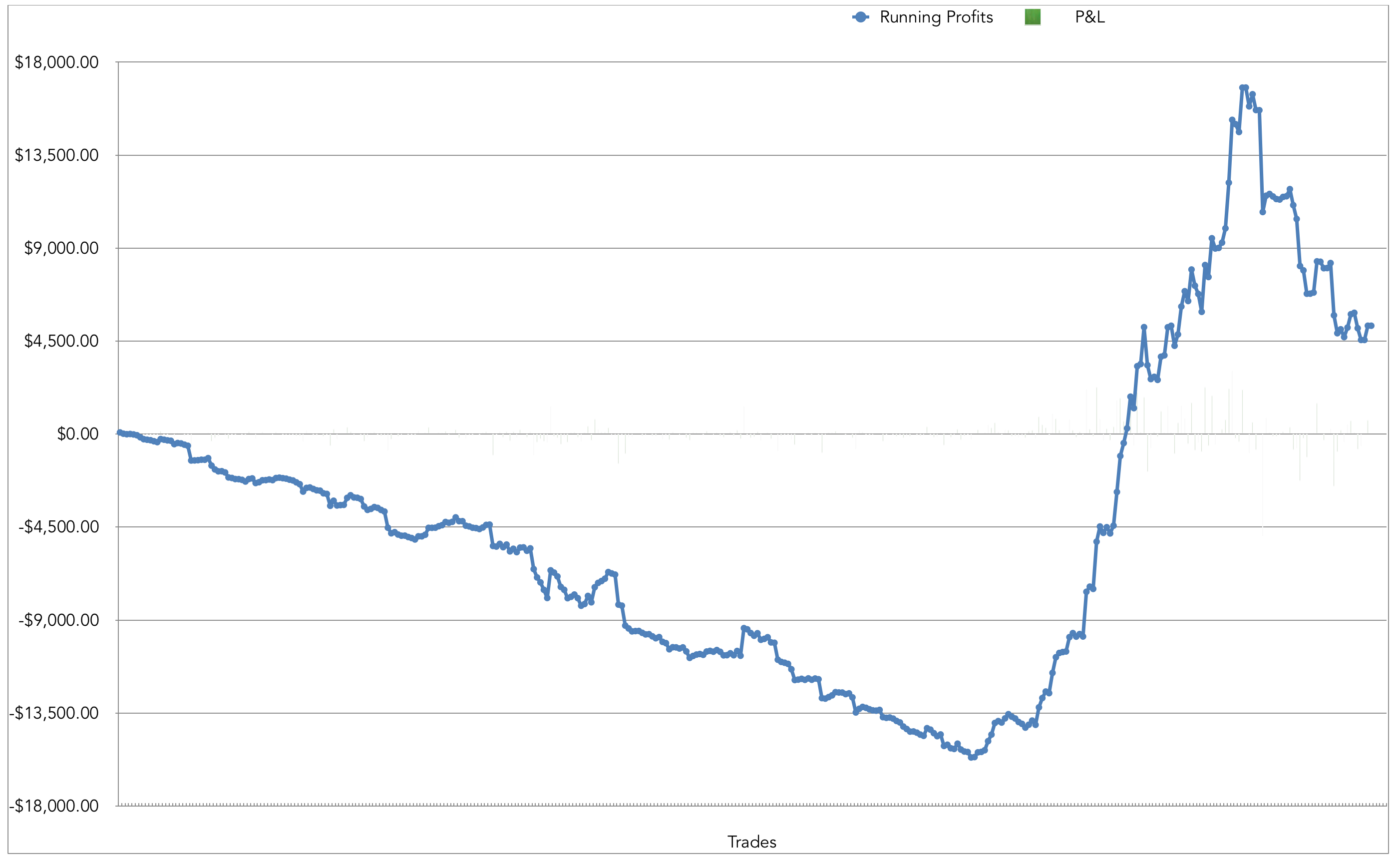 You can read the details of the trades in the links to them below, but here are the annotated charts of some of these big gainers ($PIXY, $MARA, $ECYT) and my plays on their afternoon spikes. The only one I really messed up was $ECYT when I only got a partial fill and did an emotional chase. Even that chase would have worked out had I let it, but I was upset with myself for chasing and buying so high above my original risk level that I cut it early for a small win. 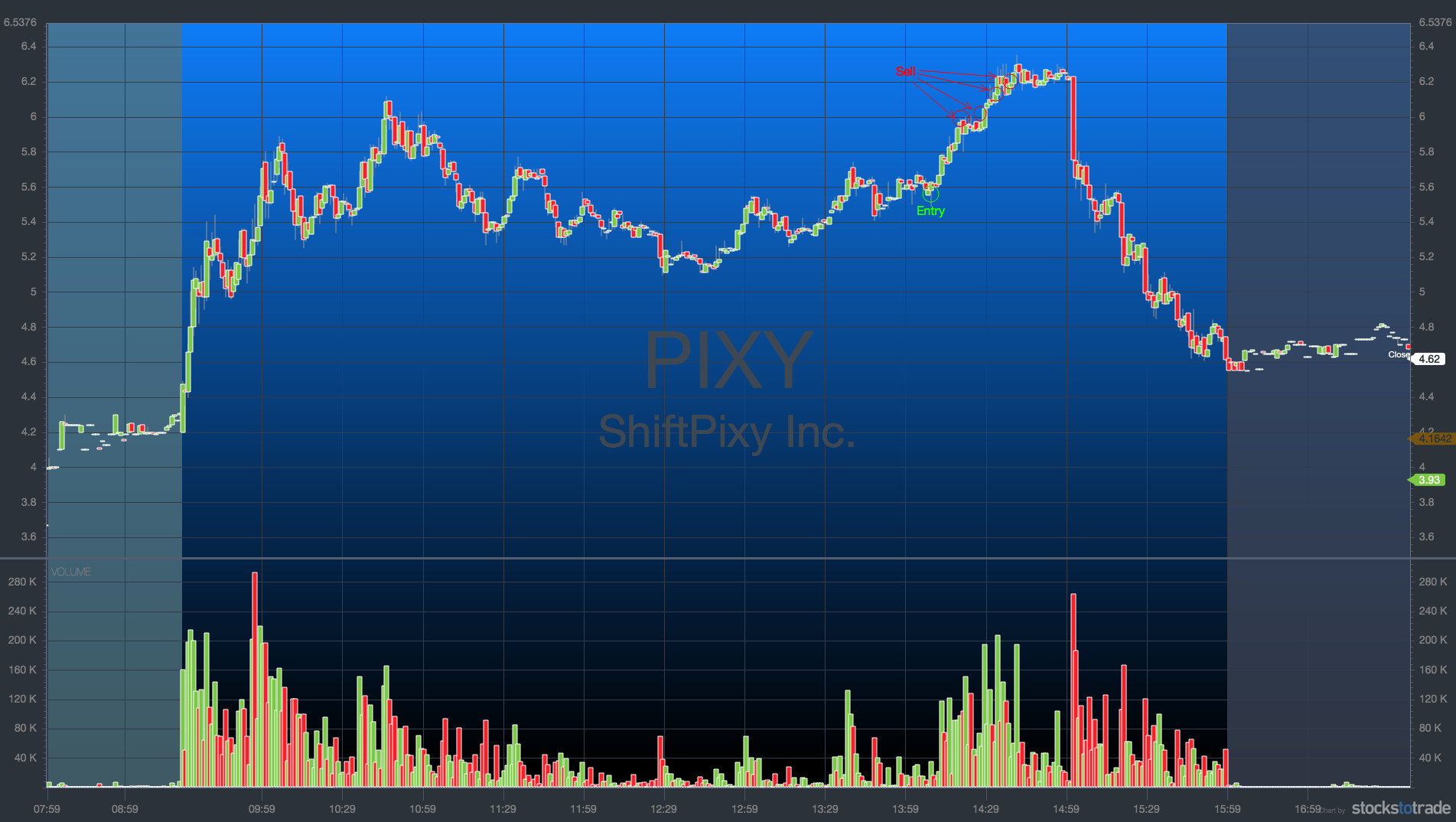 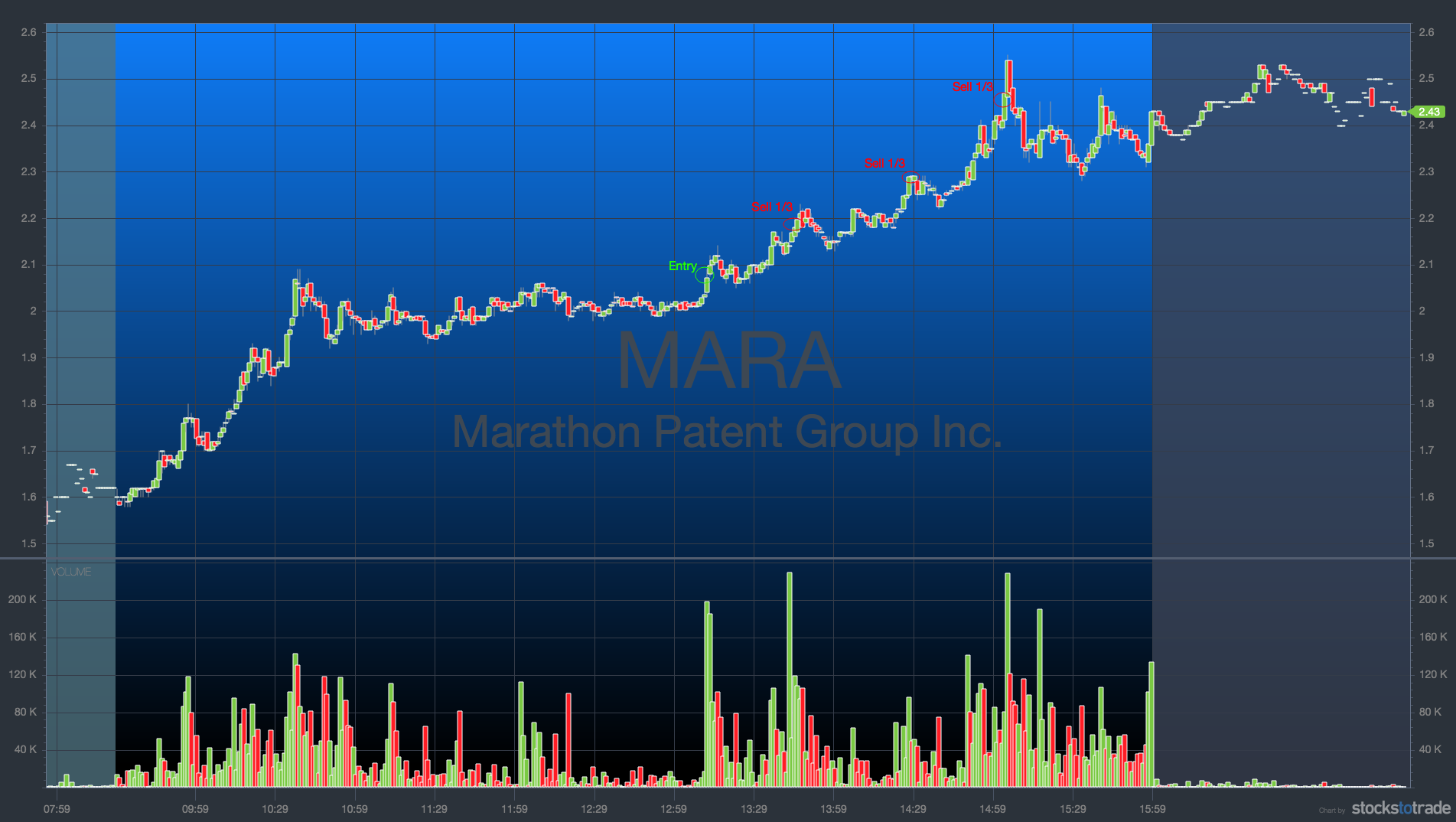 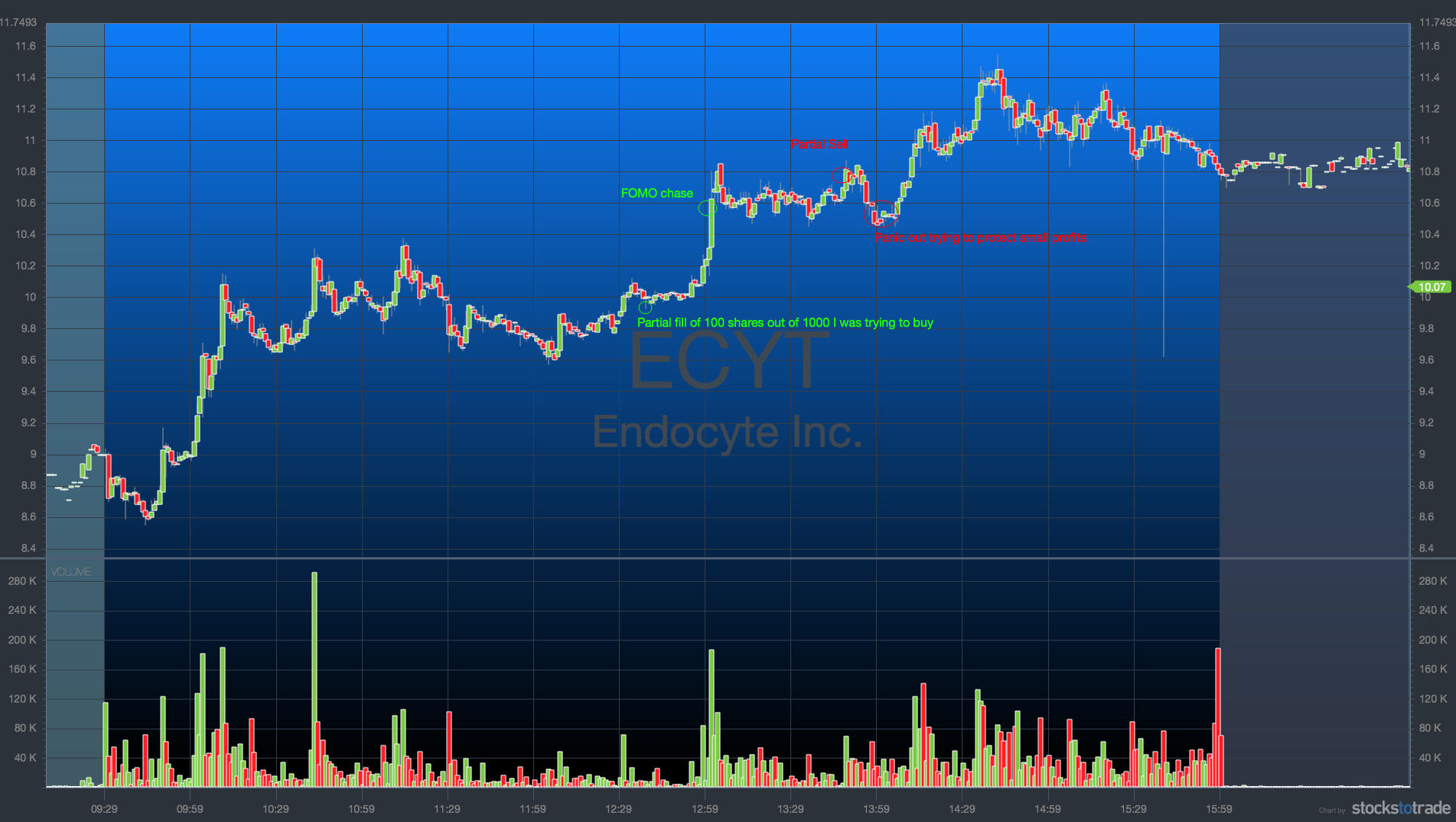 I also had an order for $RKDA at $20.30 that would have been filled on a pullback in the morning of the day it went to $55. I got spooked by how quickly the pullback happened and canceled my order seconds before it would have filled right at the bottom of the dip. I was insanely close to making 5 figures in one trade and I know I'll get another chance in the future. I missed a trade on $DXR as well, I wanted to buy it in the mid 13's but I was driving and when I got to where I was going, I was a few minutes late to buy it, and it went on to almost hit $22 later that day. These trades are really exciting, even if I didn't get to actually play them. I had a thesis and a plan and had I executed my plans, the rewards would have been huge. This all builds my confidence and lets me know I'm on the right track.

Other than that it's just been a week of focusing on following ALL of my trading rules. And it is paying off. My time this weekend has been spent studying webinars and getting my new external monitor set up. I had been trading off of my 15" MacBook Pro with a single 15" external travel monitor. The extra screen space helped but that monitor is not great for resolution or clarity. I finally decided it was time for a real external monitor. I was looking at the Dell Ultrasharp 27" 4k monitors, but ended up going with something else. I bought a 40" Samsung 4k TV. This TV gives me 6 times more screen space than my travel monitor had. It was also $100 less expensive than just one of the smaller Dell monitors. I think I will be much happier with this than two smaller monitors. I like having everything on one screen and with the 4k resolution I'm able to watch my scanner and multiple charts with ease. I'm sure as I start using it, my chart configurations will change. I'm really looking forward to Monday and getting to use this new trading setup. 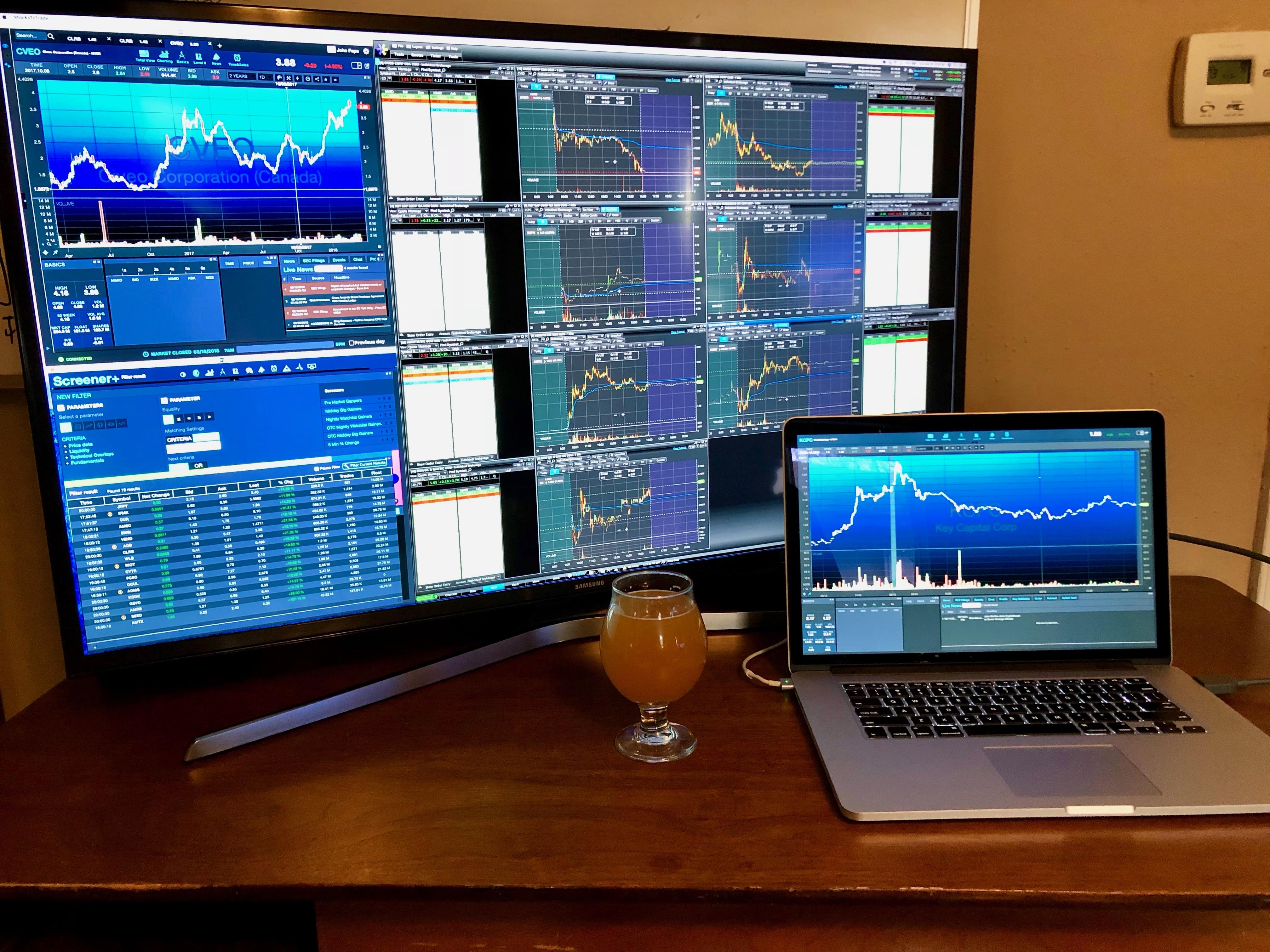 That's about it for now. Just gotta keep pushing forward, focusing on learning and making good trades, and letting the profits naturally follow.

Nice post. Keep up the good work. Was watching HTMM DVD and came across PolisB who Tim references in this DVD who at the time thought would be his next millionaire student. It appears this guy went up quickly to 200k then dropped to 100k. Something I will def learn from is that everyone is suseptible to losing no matter where they are. Wishing you a good wk going fwd.

Thanks for the post. I appreciate your posts. Curious about your journey. Do you use STT for your scanner? I use Finviz. Thanks!

@richesndreams I used STT for about a year. I’m currently using equityfeed

@papajohn Thanks man! And thanks for your latest post. Have a super weekend!