Steel is made stronger by fire

My drawdown continues. I'm also having trouble importing my IB trades which is very annoying. I entered some of them manually, but that just takes too much effort. I'm currently up $3500 in total profits, and still nearly $20k up from my lowest point.

Here is my current profit chart: 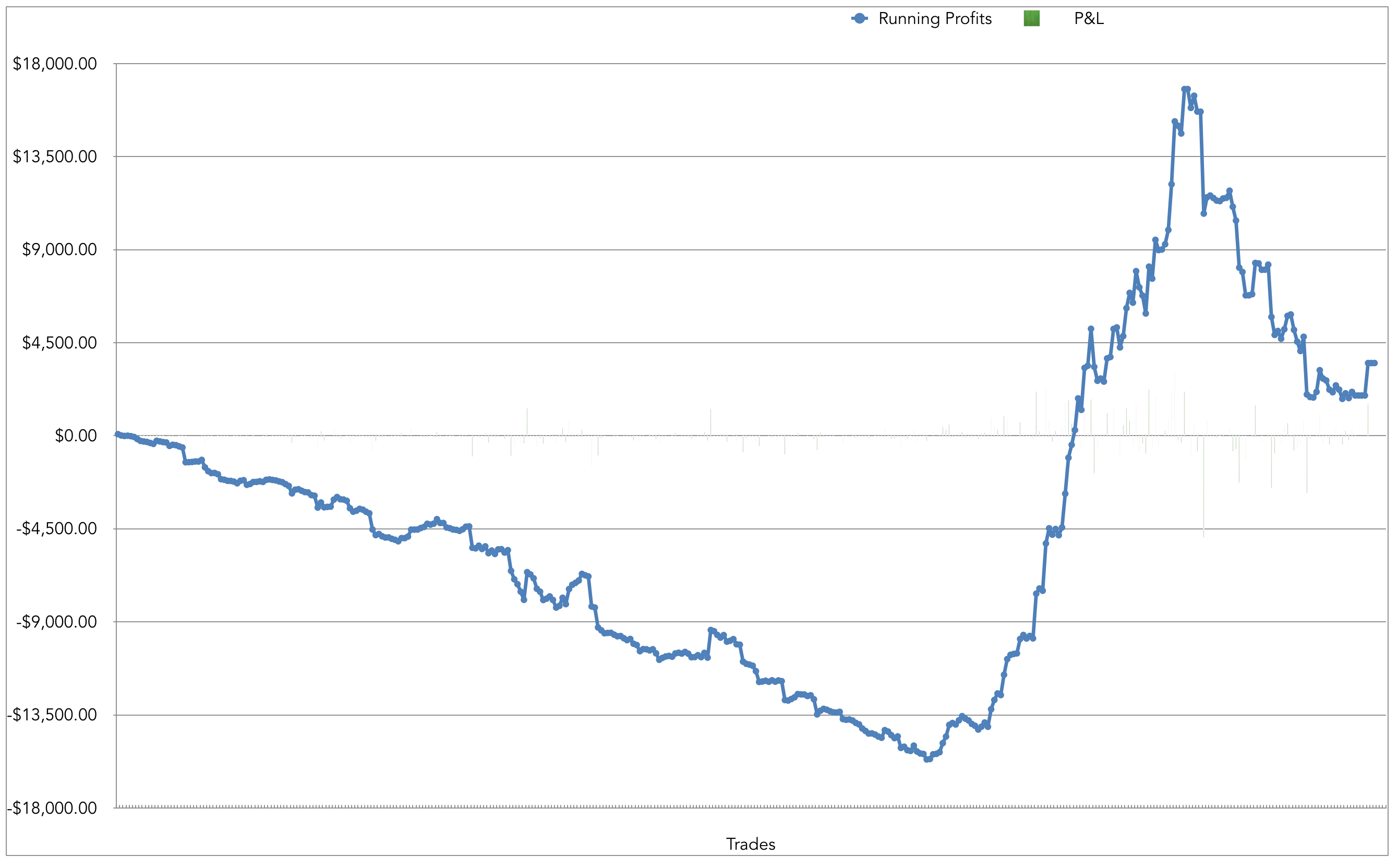 I've been reading a lot of trading books, and I am coming to realize that drawdowns are inevitable. I have to be aware of that and not let this drawdown affect my trading. A big part of this drawdown was caused by one bad trade where I lost nearly $5k. This affected my trading and caused me to not take profits, and not cut losses on subsequent trades. Had that not affected me that way, I would be near or at all time highs right now.

Here is a good example of why it is so, so very important to cut losses quickly. The following chart is the same chart as above, after removing my four biggest recent losses. You can see that my entire drawdown can be traced back to just those four trades. 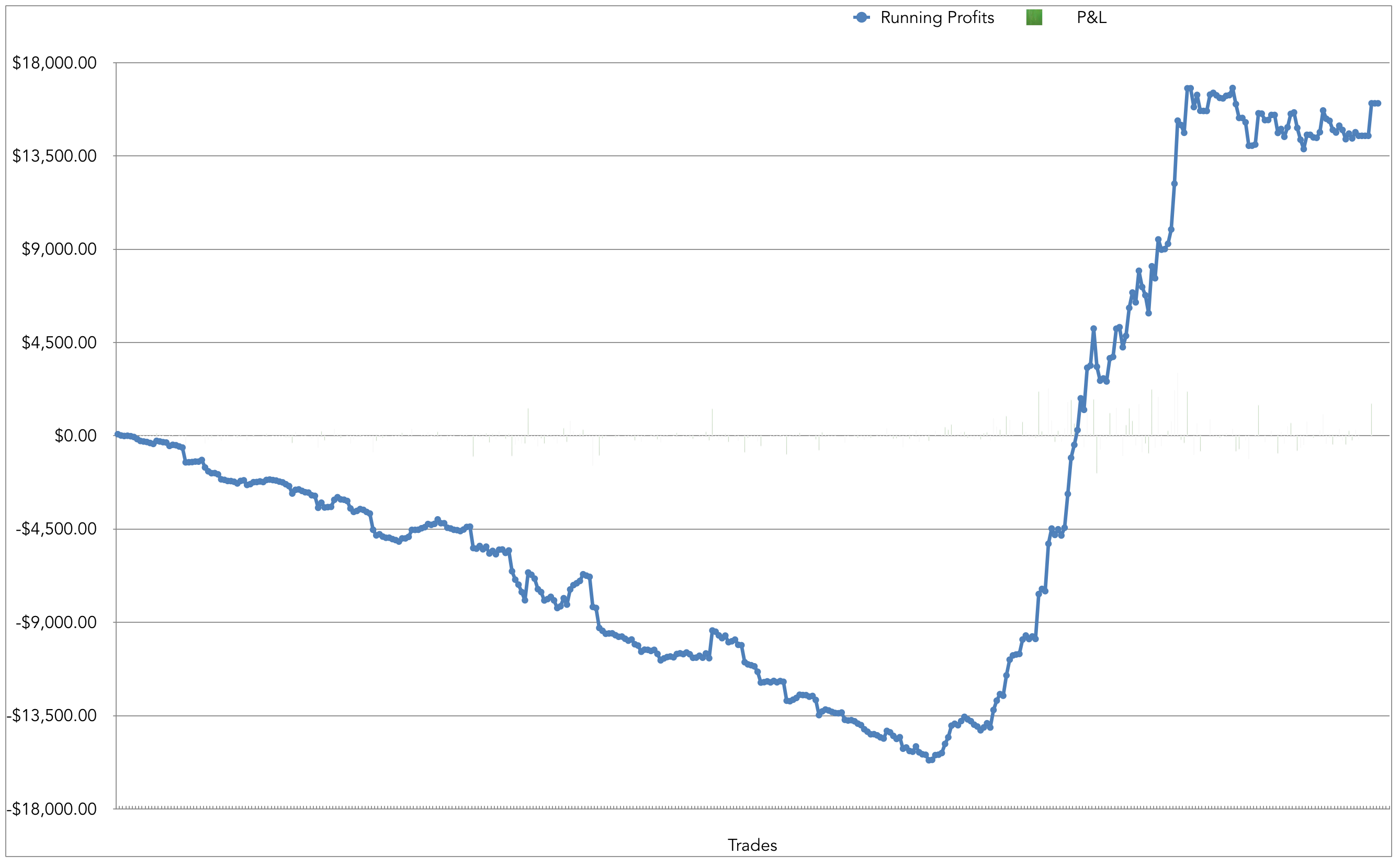 So I've learned a few important lessons here. The main one being a reinforcement of how important it is to cut losses quickly. It seems like successful trading may be more about how you manage your losing trades than how you do on your winning trades. Focus on keeping losses small and let the profits take care of themselves.

This small bump in the road will not deter me. When I was first starting, my initial drawdown cost me two-thirds of my account and it took a 200% gain to get back to even. This drawdown is about one-third of my account, and that will only take a 50% gain to recover the losses. But I'm starting to focus on the money less and less. It is clear to me that the money will come as long as I am trading well. I will have wins, and I will have losses. And at the end of a given longer time period, I should have more money than I do now. I just need to continue trading with an edge and keeping losses small.

@papajohn Thank you for your honest and humble analysis of your situation. Glad to be on this journey with people like you.

Kudos to you. I probably would have quit seeing such a drawdown. Thanks for sharing your fighting mentality!

Can you post the link to your pod cast