Oddly enough, starting to see some more consistent trading and a better understanding of how things work during one of the not so great times the stock market has been experiencing. Even though smaller #'s, I'm seeing more green on my p/l. Pretty cool - I'll take it!

The tape in this market right now - not ideal for long swings. Choppy as a mofo, but great for shorting, quick intraday swings and scalps.

In a long swing right now, learning a lot from the stock and trading in and out of it. Really cool that through options, I have a way to kind of "short" my own stock when I thought it might be going into a pullback phase while cutting down some of the risk in a cash trading account. So far it's working out pretty good. My cost basis is much lower than where it's trading, catalysts are coming up, so I felt better about experimenting this way. The china market kind of rocked it down, but it's a low float, shorts who aren't aware of the upcoming catalysts piled in, just now sitting at oversold levels - looking very squeezy so since my option ends friday, there is a high probability that price goes up but stays below my strike price. (I also checked on the L2 to see where prices were at before I decided on my strike price and there was a giant sell order a few cents below it so I anticipate keeping my stock and the premium. If not, then I keep the premium and I get out of the stock profitably).

Doing a little research on $PBMD Took a small starter in A/H and watched. Good volume. Price hit a high of $1.44 and kept finding a lot of support around $1.25 - $1.30 with held bids and large prints going through. I just checked the Australian exchange and as of this post, it's currently up 14.286%. Guessing tomorrow provides a nice little gap up?

This is a good video of @super_trades and @TriforceTrader - if you haven't seen it yet, it's a good one covering trading stocks around Thanksgiving - lots of helpful tips. https://www.youtube.com/watch?v=X6kJjk-Or8w

Trading ranges and focusing on the previous support and resistance levels to determine dip buys on a QUALITY stock with an EXCEPTIONAL growth story for a swing trade is working out rather nicely so far. I'm understanding more and more the concept of buying higher. At first, it seemed really counterintuitive, but once I made the connection with what Tim was saying regarding buying breakouts and applying that to the concept, it made more sense. 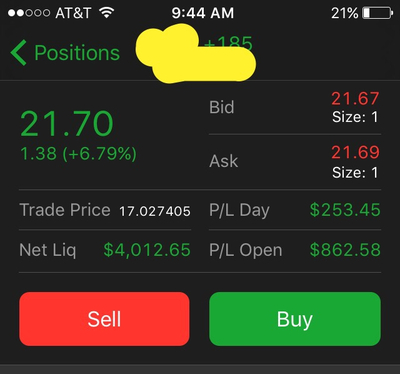 I was getting knocked out of positions too quickly by using tick by tick charts - the 5 minute chart as the main one seems to help keep me in a trade longer and give a better overview of what's happening price wise (alternating, of course, between that and the other time frames).

Robinhood - has pros and cons. Used it for fast flips until I got into my current mid-term swing position. So far, account is looking much better. Between this one and my other two accounts, the cumulative amount should come close or in the near future, exceed my current losses. So, that's exciting. 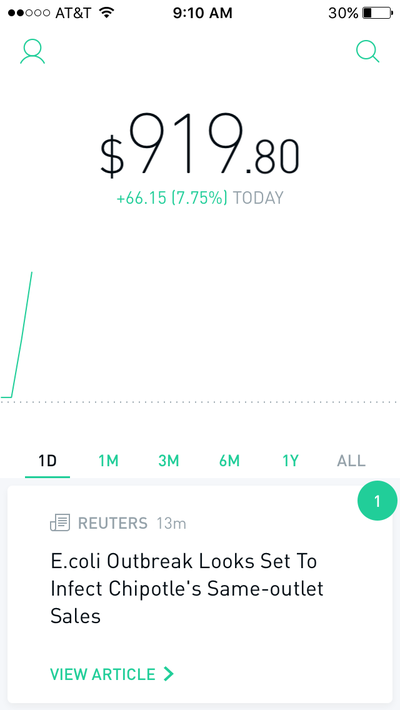 Took time off to study up. Clearing out some of my original buys, re-evaluated which strategy will work best for the trading platform I have, the amount of money I have, etc. Cut $CIDM today - Gaiam is supposed to make payment to them in the relatively near future to settle out the lawsuit. Now that some more of this stuff is sinking in, I'm realizing that I'm just babysitting this thing, and I'm really not wanting to do that when I see other things running. So, I took a loss on it, but since I traded super small size, it's not going to kill me and by putting the remaining into another stock I'm building a position in, it should more than cover the drawdown. Kind of wanted to kick my own butt on KBIO for not trading it, but I remember what happened on EBIO when I got caught in the trade halt and it was already up when I saw it. I also didn't have enough funds on hand by the time I saw it since I have another position I'm building. I thought it would be a better idea to observe it, watch the price action etc. So, I gave up the opportunity for some awesome profits since I'd trade it long, but what I gave up I gained in just being able to observe. Today Shkreli is on Bloomberg at noon. I'm going to watch how the price reacts.

Lots happening - messed up some trades, did ok on others. I made an entry on $FORD today, but it wasn't the best entry and I thought I was low from what I was looking at on my phone, but it wasn't and the trading range dropped lower than my target for selling; however, it found a great deal of support in the $1.50's and kept grinding up. Lots of big buys and a couple of big sell walls. I placed my target sell at $1.81 before EOD, and was glad I at least did that because when the spike ran up, it was already sitting there and a ginormous seller came in not long after that sold who had something like 20k, 30k, 36k shares - I don't remember the exact number, but it was massive! It ran up some more after that and got smacked back down into the mid-high $1.70's but pushed into the close and traded even higher a/h. Again, not the best entry, but I managed to at least see how it was trading and get my target exit price for a profit. Nothing major, but it was enough to pay for a really nice meal at a quality restaurant. :)