Been a crazy year, now that I have a few followers on here, let me know if there are any topics you would want reviewed in video lessons. Happy Easter/Holiday if you celebrate this weekend. Cheers

Please go over your setup and how you basically trade them. I think that would be super useful for us shortsellers :-)

HI Jack - @No7, maybe it would be good to watch some trades in action (video) to know how you handle it, specially the ones where you loss and cut the loses quickly. Regards man.

Happy Easter to you! Thank you for all you do!

Jack What ever you think that would help is all good by me. Truly grateful for all of you that turn around and give back to us all So thank you Peace Out!

Ellis you are absolutely right I got in on NWBO at 1.61 and did not even think about the big picture that is so important and you explain beautifully Thank you! Did not realize that I was chasing I just saw it going and really tried to get in earlier but hesitated. Thank you Have to be accountable. You Rock Brother Peace.

All good it happens to us all. Just continually focus on being non-reactive before assessing a trade. If you take a position and immediately get this sense of "what did I just do" or this overwhelming sensation of desperation comes you are probably being impulsive and haven't actually though the trade thru.

Thanks again for another great vid

Thanks Ellis 2nd time for this got way more out of it this time I am watching all your videos then its onto crook ,goode, just finished Grittani's webinars. videos are short and sweet study up lets win lmao Peace Out

Thanks Jack I'll remember that

only ppl who have a -goal pursuing mindset- will understand what we go through and provide encouragement instead of hate. those who hate have never achieved anything in life. More props to your uncle.

@Crazey_Canuck great. Glad to help. The more you can relate trading to your personality and strengths the better and easier it is.

@UlfJohnsson very welcome. Pay attention to the setup will happen again and again. Be ready.

Hey I’m okay I took a break because I was angry and didn’t want to trade with that mindset but I’m back and getting better how have you been?

@JustWantToBeRich Understandable, nice to have you back! I sized down and became a (more or less) breakeven trader so far.

What would you say is holding you back from being a profitable trader?

@JustWantToBeRich I take a lot of boredom trades and Im often a bit too early, I anticipate the breakouts for example which leads to low winning%.

Awesome Video, I took the exact same entry on WKHS ^^

Thanks for sharing Jack looking forward for the OCT 2020 trade review .Do what u do best and hope i can learn more from u man .

Thanks for keeping your trades up to date Jack. I notice other big guns quit entering trades after August so hard to believe any of their progress. Your transparency will keep you highly motivated and successful. You are a leader now, and I respect that.

Iam watching all your video fantastic explanations of the trade decisions! Would you be able to make a dvd that will show you doing live pleaseeee!! :)?

Love these monthly recaps Jack! Thank you for sharing so much of your insight with us!! truly grateful! 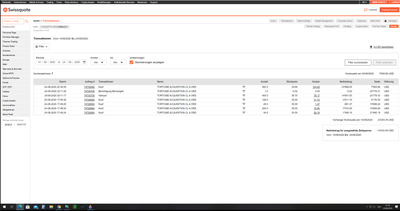 @Joosh yes, accounts all over the place lol. some are from old times before joining the challenge. like postfinance, swissquote, saxo bank ( saxo was back in time not bad for otc/pink, didnt trade for years there), dont do much on them. will cancel them soon. have a TD ameritrade account, empty. main is IB. and looking for a cobra and/or speedtrader pro.

have a nice weekend!

@Stefan_G Thanks, I also wanted to use TD ameritrade but they don't accept international customers, as far I know.

@Joosh they do as u can see.

congrats on $1k in profits